About two miles down the hill is a large shopping center, anchored by Alberson’s and Kohl’s. Along one side of Kohl’s is a strip of a parking lot and a fence protecting people from wandering into sensitive habitat. There is a meandering creek which eventually falls into several ponds then cascades over the rocks. The land, until recently was a sand and gravel quarry. Now, the area around this natural beauty has been purchased by a big developer who plans to put about 600 homes in this valley.

Before the fence went up, my hubby and I hiked down far as we could get to the waterfall. Over the last few years, taggers have decided to mark this landscape with their form of expression. The graffiti turns the rocks into canvases, unnatural and of no artistic value. A few years ago I reported the graffiti to the property owners, they caught a couple of college kids and had the graffiti removed.

Last Sunday, we stopped by to see if the most recent graffiti was still there. I had taken shots of it and reported it. While I was there, a father and son were on the other side of the waterfall and the boy hiked down aways. He was not the least bit interested in the graffiti. A skateboarder came rolling by, hopped off his board and I asked him if he was here to check on the graffiti, he said yes. He had a bag and a backpack. He threw his belongings, including the skateboard over the fence and hopped over it. I didn’t get to stay, but he certainly seemed like a person of interest. 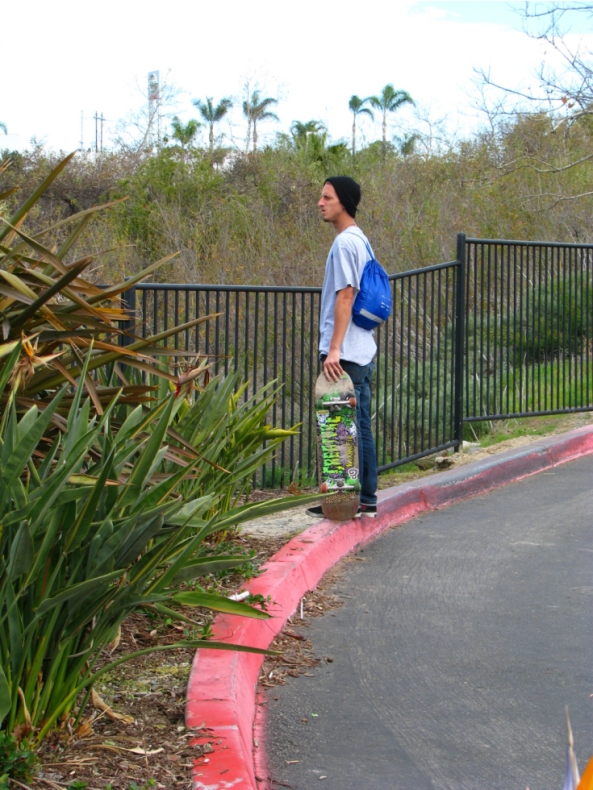 I received an email today telling me that the graffiti was in the process of being removed. Always carry your camera, you might perform a public service and helping the environment is a good thing.

A shot of the falls from a few years ago. 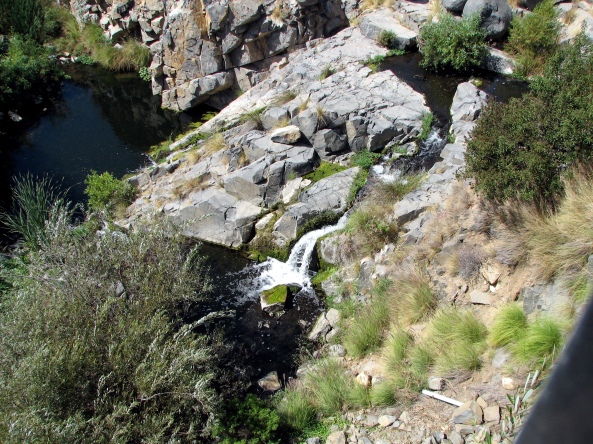 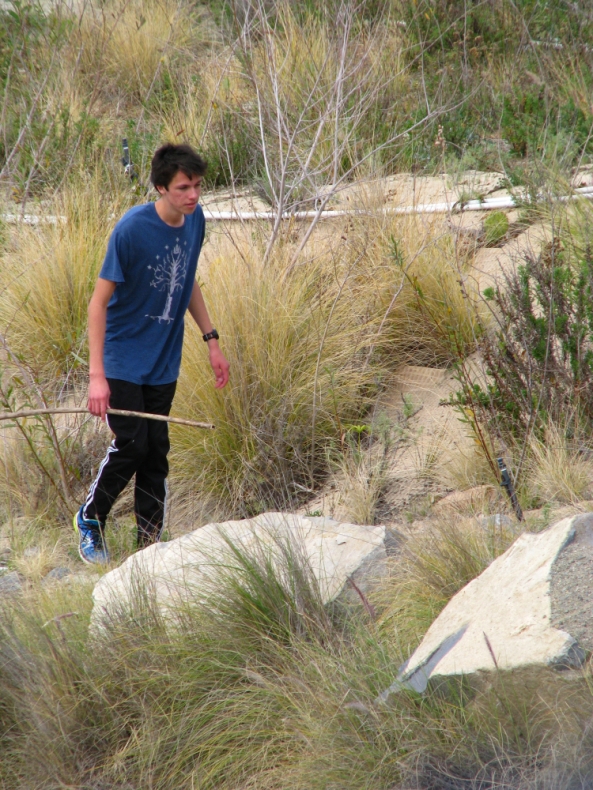 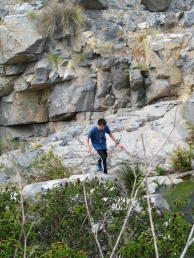 About 4 minutes from home, El SALTO  falls are across the street ( and behind a KOHLS dept. store)  from the Animal Keeper.  I persuaded my husband  to stop there on our way to take  Max to Big Dog  Camp. It was around 7 AM and the sun wasn’t up far enough to light the falls. And, I made the mistake of a faster shutter speed to slow down the water, but . . . that didn’t let in enough light. So, I did a little Photoshop. The one good shot, there was sun on this higher elevation, was a surprise because I really didn’t see all the reflections until I loaded the photos. Plus, there is a high iron fence around the area and I brought a small stool to stand on.

Unfortunately, a developer had purchased most of the open canyon land just beyond the falls and will be building over 600 homes.  Preserve Calavera,  one of the non-profits I do things for, raised enough money to save a few acres in order to preserve the falls and the creek which runs under the highway.

Somethings change others not so much

Not for the birds